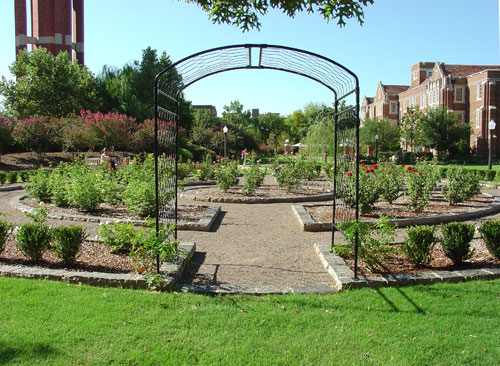 The Rose Sharp Rose Garden, located northwest of the Doris W. Neustadt Wing of the William Bennett Bizzell Memorial Library, is named in honor of the former University of Oklahoma first lady. The garden has seven varieties of roses, including Mrs. Sharps personal favorite, Tropicana. Mrs. Sharp equated her lifelong love of roses with universities: Roses are really like universities. They both need a good, solid foundation to reach their full potential. Then they need tender, loving care. They need to be fed, to be nurtured and to be cultivated. They will thrive with creativity and experimentation. Sometimes both need to be pruned-very carefully. You must know when, where and how much pruning to do. Finally they need protection. It is important to take action as soon as you notice a blemish or any other sign of damage. You must not allow the damage to spread and destroy the vitality of either the rose or the university. If all these steps are followed, both roses and universities will produce a dazzling display of beauty. 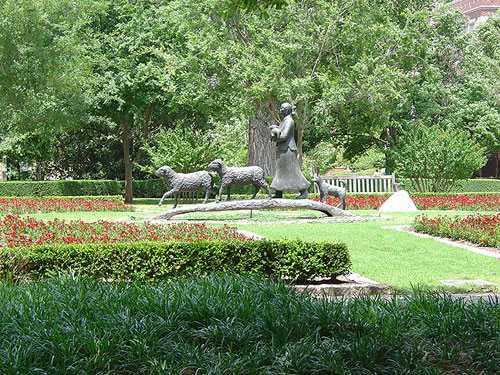 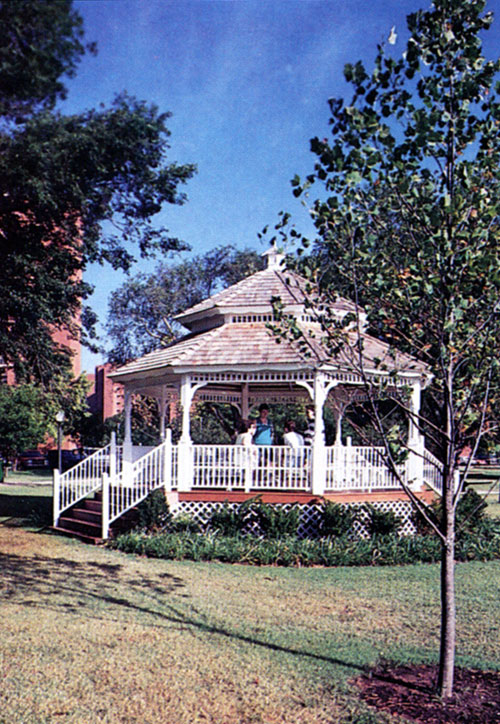 As the university expanded southward some campus areas occasionally were bypassed and temporarily forgotten. Such was the case for the area known informally as Burr Park. Named for OU Vice President for Development David Burr, the park consisted of two acres just south of the Huston Huffman Physical Fitness Center, adjacent to Asp Avenue, and across the street from Walker Tower. It remained undeveloped until 1996, when David and Molly Boren recommended that it be formally designated as David Burr Park and landscaped appropriately. The Borens contributed an Amish lattice gazebo that forms a centerpiece around which OU landscapers have incorporated lilies, roses, cone flowers, daisies, crepe myrtle, hydrangea, juniper, holly, forsythia, spirea, and twenty-one varieties of trees. This park fulfills a role similar to the landscaping of Hester and Robertson Halls in 1939 in that it beautifies and adds to the attractiveness of student resident halls.